OF MICE AND MEN, AND WOMEN TOO 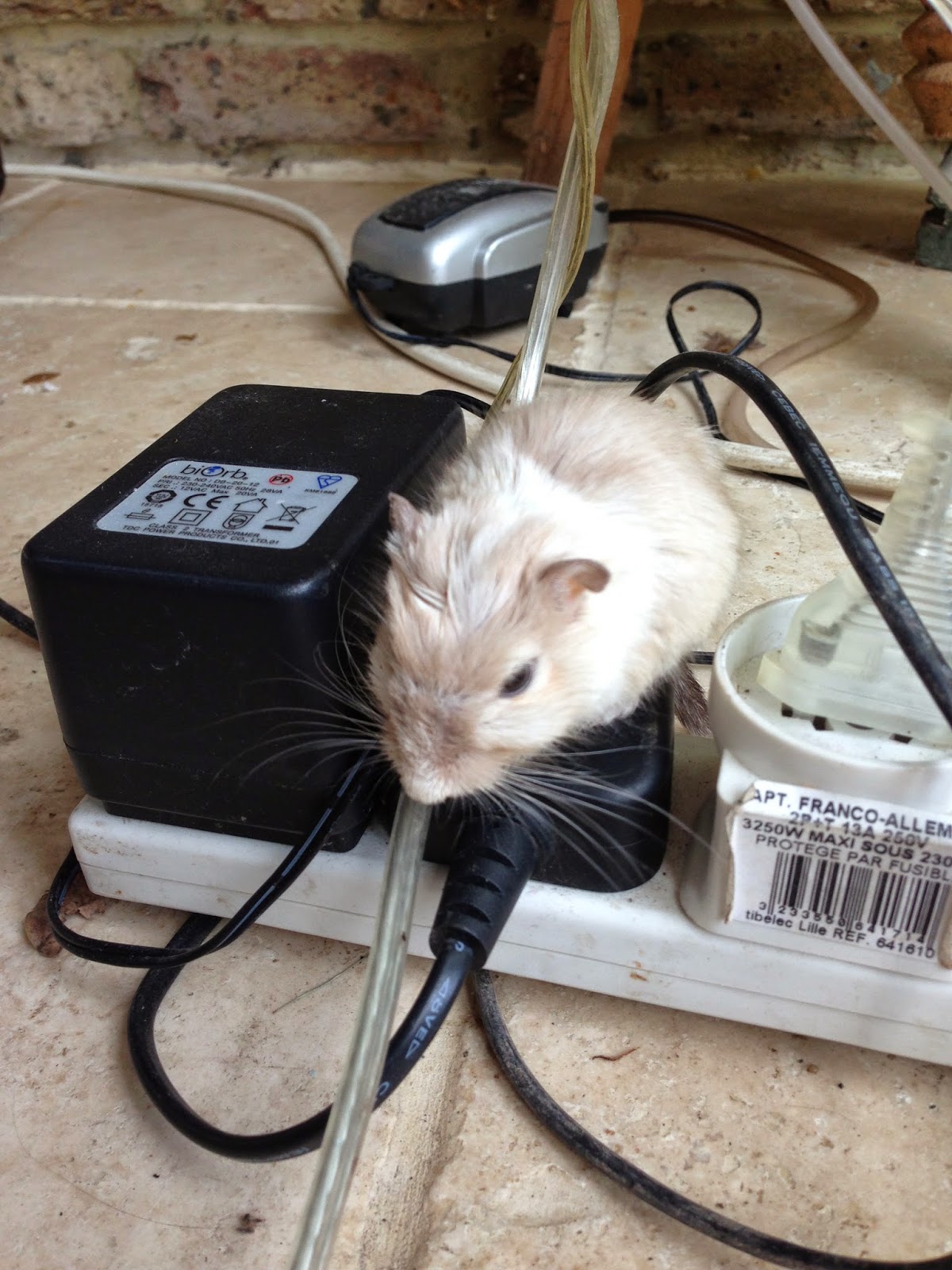 RIP Flapjack. You were the sweetie, loved sitting on the aquarium plug which vibrated and got hot.

Secondly my ex told me (or rather he told our son) he had quit his job at RBS, worked there for 15 years and didn't ask for redundancy because wanted to live, I mean leave, on good terms.   Right.

Next, Tom's parents evening.    Extremely intimidating for Tom as he has to sit in between his parents who would not choose to be on the same planet as each other let alone the same room, but it was OK.  All teachers fine, some great, with us learning more about them than we learnt about Tom (its in the delivery) especially with one teacher who (as if it wasn't intimidating enough for Tom) started with.

"So what do you think I'm going to tell your parents now Tom, huh?  Huh? What would you say about you if you were me?"  Pointing finger the lot.    Tom looked stumped.   I so wanted to say something.

I kept my mouth shut.

On Saturday I went to the anti ageing fair at Olympia. There I met

Antonia Mariconda (the cosmetic coach).     Bright, beautiful lady who adds integrity to the beauty industry showing its not skin deep.  Met Debbie Arnold, the face of fabyouless card and Lorna Bowes of Aesthetic Source who was recommending product (NeoStrata) which everyone seems to have heard of - but me. There are a lot of 'secrets' out there women keep to themselves or perhaps I've hidden away for such a long time I've missed all this.   Any way, dermatologists recommend it.   (www.neostrata.co.uk).   I saw Linda Lusardi's mum - who looked like her daughter but slightly older (I think it was her any way), and Sharon Davies, although she didn't look like Sharon Davies but it was Sharon Davies. There were a lot of women walking about who looked very surprised. They could have been genuinely surprised of course, like me (see pix), but I'm not sure. I stalked a few and they looked surprised for five minutes continuously.

I met Dr Vincent (dermaroller) who looks younger every time I see him. He will look like an embryo one day which may not be a good thing. Debbie Arnold always looks phenomenal (just off plane from NY), ditto Antonia.    I had to dash back for the fair to meet Tom in Richmond only to realise it was the fair in Barnes he was at. 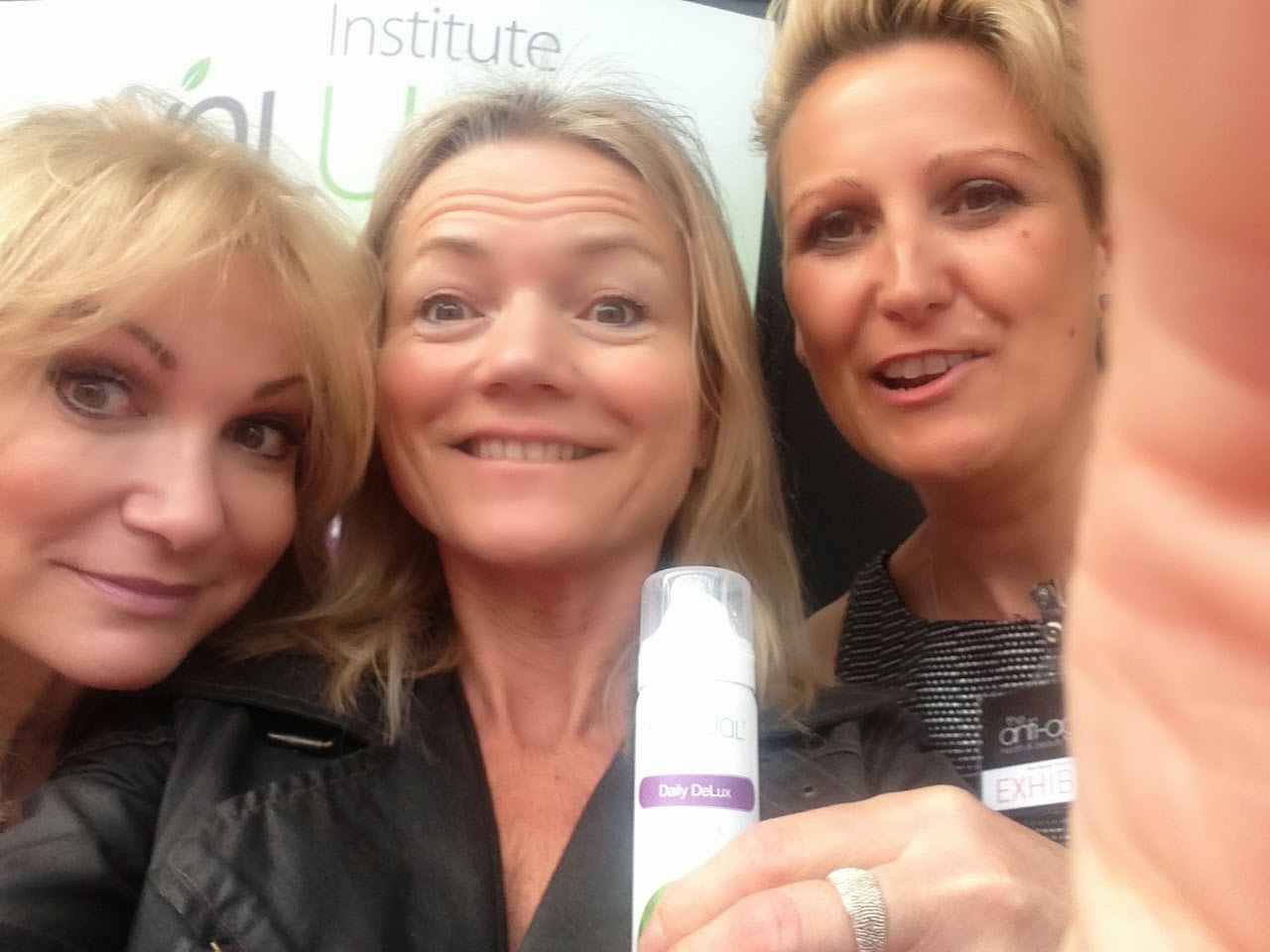 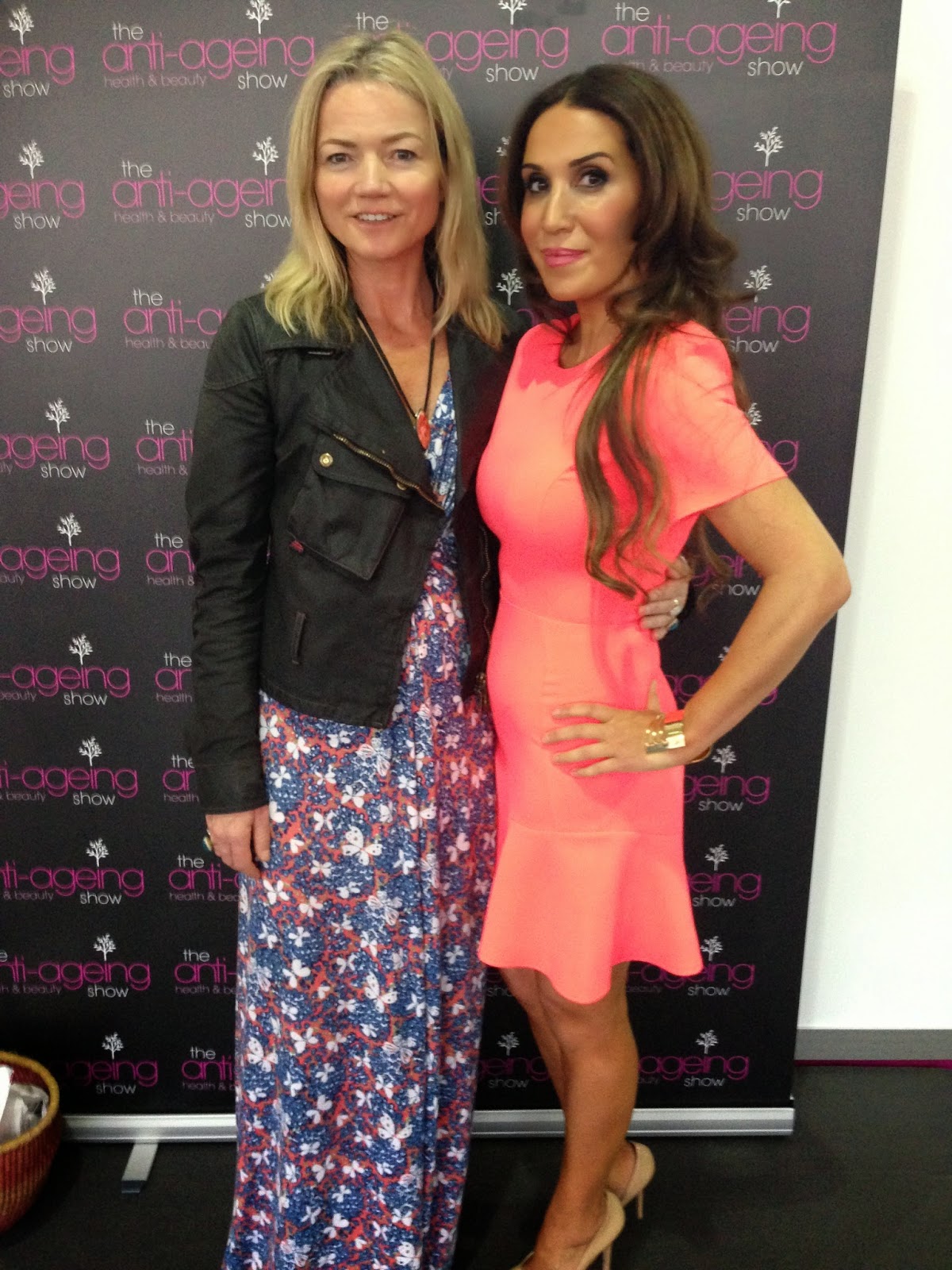 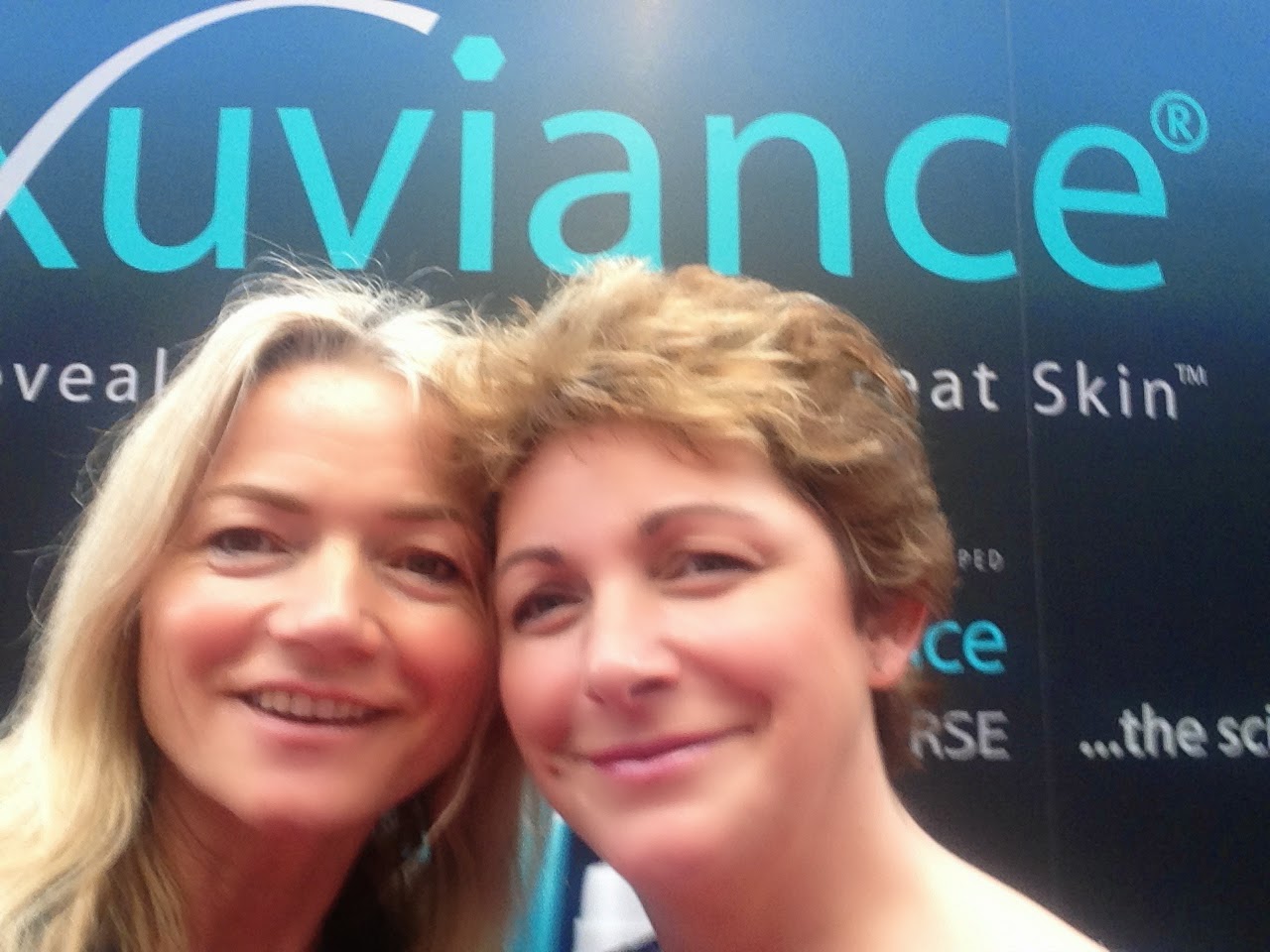 But I didn't stress. Kept saying 'its amazing, its amazing'.

Next day, I had Edward de Bono round to lunch.  As one does.  Now that IS amazing. And he IS amazing. Wonderful man. The men who talk about themselves the least have the most to say.

Now must dash. Got essay to write on social and biological influences on psychological development.    All I can say I hope Edward has a greater impact on Tom than some of the other 'social' influences in his life. 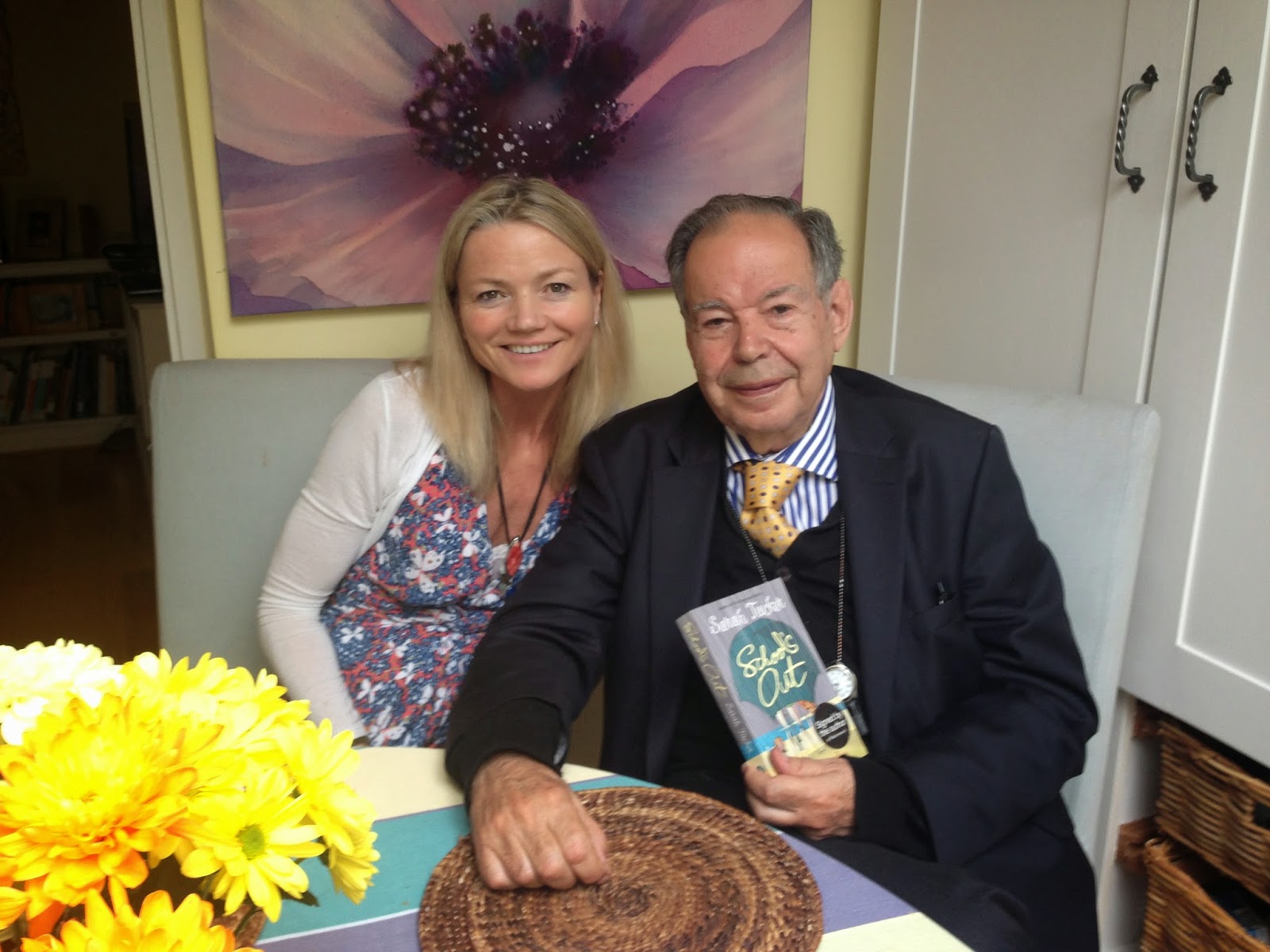 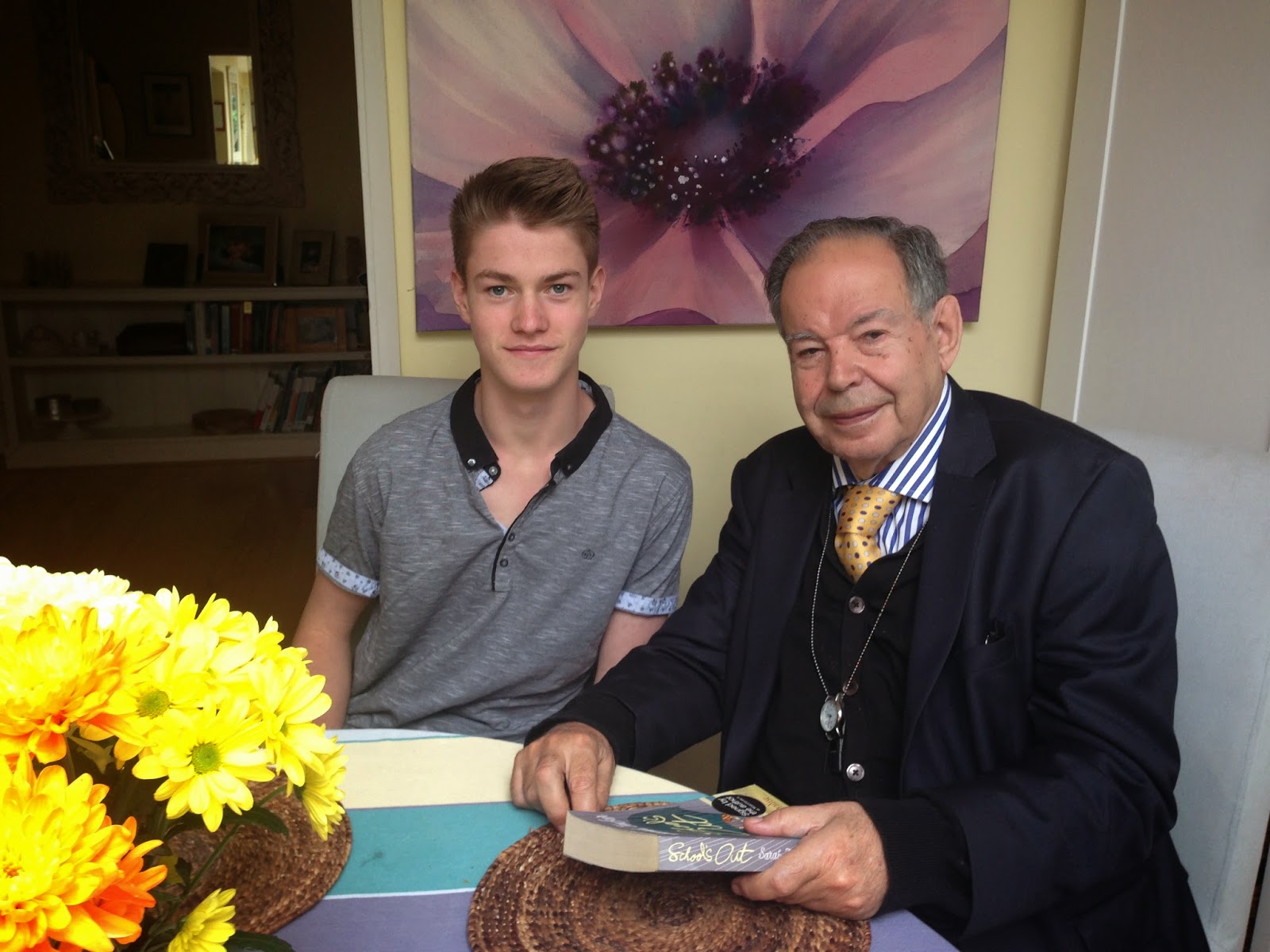 Posted by Sarah Tucker Author at 10:44